Jim Rettig passed away last week. He leaves behind two sons and a sister. Jim was originally from Michigan. He came to Greensboro looking for a job after the recession put him out of a work. When I first met Jim at the Interactive Resource Center in 2015, he was homeless, jobless and broke. He also had no driver’s license which put him at a serious disadvantage. At that time, Jim was living at the Weaver House, a temporary homeless shelter operated by Greensboro Urban Ministry.

Jim had a couple of skills which he hoped would put him back into gainful employment. He was an artist and web designer.  Unfortunately, neither field was hiring in Greensboro during or even after the economic recovery.

Jim joined the staff of the Greensboro Voice in 2015. He was very involved with all discussions, attended every staff meeting , wrote several articles, and would frequently cause laughter with his dry humor. Jim created and submitted several items of whimsical art for the Greensboro Voice which reflected that humor. A couple of years ago Jim also designed the honor card for the IRC’s year end fundraising program which was a sketch he did of the Greensboro Bus Depot.

In early 2016, Jim was approved for housing and soon afterwards he secured a part time job with UNCG helping people connect with medical benefits.  Things were looking up for Jim but in 2016 he suffered a stroke. After making so much progress in his life, Jim wasn’t going to let it get him down and before long he’d bounced back and was his old self again.

Jim was always grateful, even for the smallest kindness shown to him by others.  He was especially grateful for finding and joining a new church where he met and made many new friends. And he always seemed to find humor and hope even when he was struggling to find work and living in homelessness.  I will miss Jim, and most of all I will miss his ability to find humor in even the most dire moments of life.

(The Interactive Resource Center or IRC is a day center for people experiencing homelessness or near homelessness.) 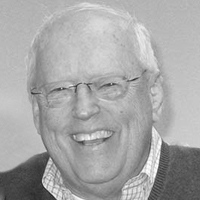 Many small not-for-profit social ventures attempt to set up shop but fail, not because of a lack of passion or vision but due to a difficulty in gathering startup capital. In most cases, it’s difficult to get funding because there are so many charities begging for the same dollars. In order to be successful and attract donor dollars, a charity quickly learns that it should be certified as a “non-profit” by the Internal Revenue Service. It’s expensive to hire a lawyer, get incorporated, apply for and receive the official 501(c)3 non-profit certification letter by the IRS. When a non-profit finally receives IRS certification, it may then seek funds from donors who desire the additional rewards of a tax deduction for their donation. If your charity has not been certified as a 501(c)3 organization, your donors will not receive a tax benefit.

The person who wants to start a charity must either have the money for 501(c)3 certification or beg for dollars from friends, friends-of-friends and/or set up a crowd-funding network to raise the start-up capital. Crowd funding, if done correctly can be beneficial but few people know all the strategic moves that must be taken during the process to reach their goal. The most successful crowd funding programs are those which are associated with a charity that is already certified as a 501(c)3 non-profit. Some crowd funding organizations will not help you unless you are already a certified non-profit.

This is where Community Ventures, Inc (CV) comes to the rescue! This company has already done all the early heavy lifting. It is a 501(c)3 organization whose mission is to partner with start-up social ventures which are not certified as 501(c)3 organizations. The win-win of this partnership is that the start-up contracts with “CV” to accept tax deductible donations from the project’s donors. Some donors then get a tax benefit depending on their tax status. Community Ventures, Inc pays out funds to the project as needed from time to time using the dollars in the project’s treasury. The costs to the social venture is a small initial set-up charge plus a small management fee depending on the degree of management the charity’s program requires of CV. That fee depends on the project and the support the venture needs to get started.

If you are a struggling social venture or charity and need a partner to jump-start your fund-raising program, you might want to make application to Community Ventures, Inc. Send an email to the following email address and “Channelle” will discuss the application process and if initial approval is made, she will set up an interview. You can also email Community Ventures, Inc to be added to their email contact list so they can let you know about their special programs on social entrepreneurship and supporting living wages for those who are underemployed in the Greensboro area.

Here is their email address: “channelle@communityventuresinc.org”